For the Jewish World

God gave the Holy Scriptures to man as the one true source of light. He chose Jewish writers as the instrument to pen His word and to carefully preserve it down through the centuries. The Hebrew heritage of the Word of God is real, and a great debt is owed to the Jewish people for this most precious gift. Out of gratitude to them, Light for Israel, along with The Society for Distributing Hebrew Scriptures (SDHS) exists to provide Jewish people worldwide with a free copy of the Holy Scriptures in bilingual format, i.e. in Hebrew and in the reader’s daily tongue.

The Bible was written by around forty different people from different backgrounds, from kings, prophets, and writers to fishermen, shepherds, and prisoners during a period of 1,600 years or about forty generations

The Bible was written by around forty different people from different backgrounds, from kings, prophets, and writers to fishermen, shepherds, and prisoners during a period of 1,600 years or about forty generations

We have 12 different language combinations to choose from.

Honoring Our Fathers    When God gave the Ten Commandments, He was establishing the foundation for society and truly “western civilization” and esp. the laws of the United States are built upon them.  Their importance cannot be denied (although many people try to do so in this day).  The Ten Commandments are generally divided into[…]

Personal Invitation to Discipleship    In the New Testament era, discipleship was expressed by the teacher-student relationship.  The learning process was not a matter of the disciple gaining knowledge, but it was more like an apprenticeship where the disciple learned how to “do” as the teacher “did”.  It a great honor to be “covered in[…]

The Spirit Gives Life   The Hebrew word שָׁבֻעֹת֙ – Shavuot (sha-voo-ot) literally means ‘weeks’. Exodus 34:22 says, “And thou shalt observe the feast of weeks, of the firstfruits of wheat harvest.” The phrase ‘feast of weeks’ is translated from the Hebrew – חַ֤ג שָׁבֻעֹת֙ – chag shavuot. In Modern Hebrew, the word חג – means[…]

Tongue of the Prophets

Tongue of the Prophets    The rebirth of Hebrew as a spoken modern language in Israel is truly a great miracle! A bit of history will help us to understand the magnitude. The Bible (T’nakh) clearly teaches that God created Adam and Eve with the gift of language. It is clear from Genesis 11:1 that[…]

Thank God for Israel!! At 4:00 pm on Friday, Iyar 5th, 5708 (May 15th, 1948), David Ben Gurion (who would be the first Prime Minister of the new state)  stood in the Tel Aviv Museum (today known as Independence Hall) and opened the ceremony to which about 250 guests were in attendance – by invitation[…] 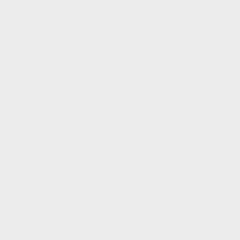 Remember the Six Million    A few years ago at the Yom HaShoah ceremony here in Charleston, one of the Rabbi’s present reminded everyone that Jewish people always take their past with them forward into the present.  He gave the example of the children of Israel taking the bones of Joseph with them as they[…]

Birth of the Miracle Nation

Birth of the Miracle Nation Mah Nishtanah HaLila HaZeh MiKol HaLayLot …And so begins the Passover Seder as the youngest person present traditionally gets to ask what is know as “the Four Questions”. In Hebrew, we actually “sing” them and it turns out that the “Four Questions” are really four answers to one big question: “Why[…]